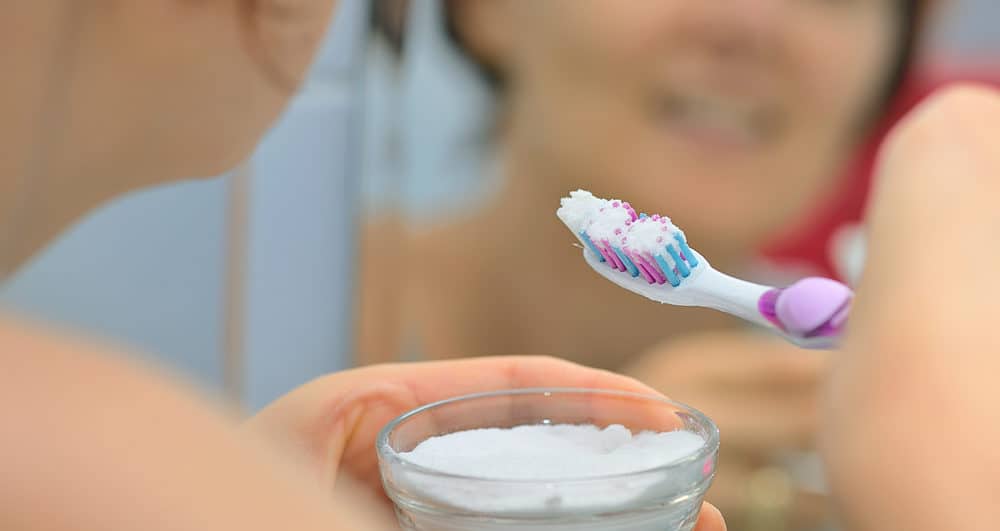 It’s not as if the oral health and hygiene market is any stranger to fads and passing trends. In fact, barely a week goes by without something new and apparently innovative hitting the market here in the UK.

From herbal toothpastes to the most expensive mouthwash products ever to see the light of day, we’re constantly bombarded with the kinds of weird and wonderful promises we don’t know what to do with. Needless to say, the vast majority simply aren’t worth buying into.

The simple fact of the matter is this – ask any responsible dentist for their recommendations and they will almost always tell you the same thing. Stick with a decent, dentist-recommended electric toothbrush, quality toothpaste, effective mouthwash and floss on a regular basis – that’s really all there is to it.  No gimmicks, no fads and no need to buy into anything that hasn’t already been extensively tried and tested.

Still, there are certain passing fads that come along and for some reason or another gain a fair amount of attraction. A prime example of which being baking soda – aka sodium bicarbonate – which is a staple in the vast majority of homes worldwide. Used predominantly for cleaning and baking purposes, baking soda has become an incredibly popular oral health and hygiene product in its own right. To such an extent that some of the biggest toothpaste manufacturers in the world now include baking soda as a core element in many of their products.

The question being – does it actually work?

Truth is, there’s no short or concrete answer. In terms of the toothpastes manufactured by major brands which contain baking soda, the answer is yes – they work. Having been extensively tested in laboratory conditions, it’s been proven to an irrefutable extent that they really are the business. But at the same time, this doesn’t necessarily mean that it’s the baking soda in the formulation that’s doing the business. Instead, it could be the 200 other ingredients that go into every tube.

So once again, the jury’s out as to whether or not baking soda itself makes any real difference.

At the extreme end of the scale, you have those who reach for baking soda in its purest form on a regular basis. Often mixed with lemon juice and various other bits and pieces from around the home, they effectively make their own toothpastes and whitening products from scratch. Anecdotal evidence suggesting that doing so really can get the job done – official scientific evidence being much less substantial.

From a scientific perspective, baking soda forms an alkaline solution the moment it comes into contact with water. This in turn results in the release of free radicals, which are known to have a positive effect on the whiteness of teeth. Hence, an argument in favour of baking soda’s effectiveness. In addition, the resulting alkaline solution gets to work on plaque, which in turn means a reduced risk of cavities, gum disease and countless other oral health problems.  And if all this wasn’t enough, the alkalinity of the solution can effectively balance acid levels within the mouth, helping maintain fresh breath for longer.

On paper therefore, you’d be forgiven for thinking baking soda really is the best thing to hit the oral health and hygiene market since the first disposable toothbrush.  Nevertheless, dentists and experts in general recommend due caution, if planning on going ahead and brushing with baking soda.  Reaching for a tube of baking soda toothpaste is one thing, but making your own baking soda preparations from scratch can be risky business.

So if you do plan on going ahead and brushing with baking soda, here’s a brief rundown of a few considerations to bear in mind:

Baking soda may have demonstrated some capacity for fighting plaque, but is nowhere near as capable of getting the job done as a quality toothpaste.  Not only this, but any DIY baking soda preparations you come up with at home are most likely going to be completely devoid of any sodium fluoride. This again means significantly reducing the cavity protection properties of the resulting preparation. Even if the baking soda gets your teeth nice and clean, they may not be nearly as well protected as you think.

It’s the abrasive properties of baking soda and baking soda toothpastes that enable them to clean the teeth and gums so effectively. Unfortunately, baking soda can sometimes be tooabrasive, ultimately having a harmful effect on tooth enamel. Dentists in general recommend brushing as gently as possible with a soft brush, avoiding anything unnecessarily abrasive. Baking soda toothpastes are usually developed to be as safe as possible – preparations you make yourself could be anything but.

3. Harmful to the gums

Likewise, any excessive abrasion whatsoever can have a detrimental effect on the health of your gums. When brushing with homemade baking soda products, it can be difficult to know where to draw the line when it comes to abrasiveness.  The reason being that even if the result is implacably clean and shiny teeth, you’ve really no idea how much damage you may have done in the process.

If you have any kind of dental work in your mouth at the time – retainers, braces etc. – use of baking soda products can have a harmful effect on the dental glue used to affix them to your teeth. As such, it’s strongly recommended that you stay away from baking soda products, without first discussing them with your dentist.

Last but not least, it’s worth bearing in mind that whatever your motivation for reaching for baking soda, you can easily and more effectively access the same benefits elsewhere. If looking to whiten your teeth, there are endless safe and effective teeth whitening products and kits currently available. If you prefer an all-natural toothpaste or herbal mouthwash, you’ll find dozens in just about every pharmacy and supermarket. It’s not to say that baking soda cannot be beneficial – it’s just a case of not necessarily getting anything uniquefrom its use.