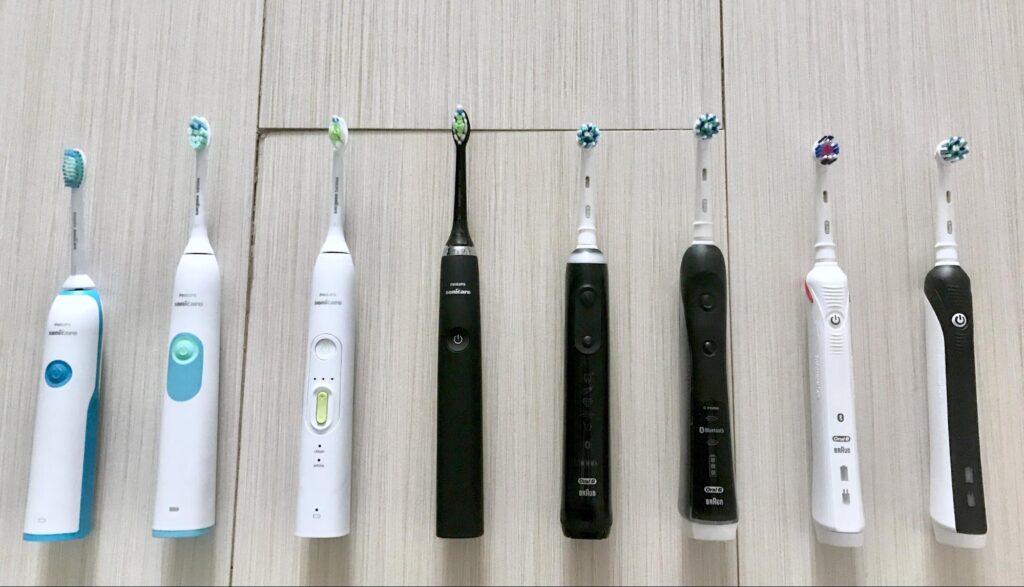 Most people believe that electric toothbrushes are all much of muchness. Or to put it another way, that there isn’t a great deal to distinguish one electric toothbrush from the next. They assume that technology has come to a point where the vast majority of devices on the market are all largely identical. As such, those who choose to pay over the odds for the most expensive brushes on the market don’t necessarily gain anything particularly significant in return.

In reality however, this is only half true. In one sense, it’s definitely true to say that you don’t necessarily have to spend a fortune to take home a high quality electric toothbrush. Just as long as it is decent enough and dentist-recommended, that’s usually enough. That said, there will always be certain electric toothbrushes on the market that are somewhat substandard when compared to rival models. Not to mention, lacking in terms of features and in some instances basic functionalities.

Which is why we thought we’d dedicate this post to going over just a few of the distinguishing features to consider, next time you purchase an electric toothbrush. Much of the decision comes down to personal preference, put it  is nonetheless worth taking into account the following, before making your final decision:

First of all, one of the most important things to take into account is speed.  Specifically, the speed at which the head of the toothbrush rotates, oscillates, vibrates and so on. Pretty much the whole point of switching to an electric toothbrush is to take advantage of the way in which the head moves so much faster than any human hand ever could. Which in turn means for the most part, the faster it moves, the easier and better the results.

Still with the same subject, all electric toothbrushes are certainly not the same when it comes to their primary action. Some are designed to move the brush head back and forth, others up and down, some in a circular motion and so on.  And then there are those that rely on a pulsating or vibrating action. Some of these actions come more highly recommended than others as far as dentists are concerned – hence the importance of choosing an approved electric toothbrush.

Even the quality of the bristles isn’t necessarily consistent from one electric toothbrush to the next. While some manufacturers use the highest quality materials to produce incredibly capable brush heads, other stick with whatever’s cheapest. Suffice to say, this all adds up to a rather significant difference, in terms of the overall effectiveness of any given brush.

If you simply want an electric toothbrush to replace your manual brush for everyday cleaning, you probably don’t need to worry too much about modes.  Nevertheless, it’s still worth considering the various modes and special features presented by the more advanced electric toothbrushes on the market. For example, some electric toothbrushes feature an intensive cleaning setting, others have special modes for sensitive teeth and then there are those that are supposedly better than others for stain removal and whitening purposes. Once again, it largely comes down to your own personal preferences as none of these modes may necessarily be essential.

The same also goes for the overall shape and size of an electric toothbrush. In most instances, the fact that you are only going to be using it for a couple of minutes every day means that it is unlikely to become an uncomfortable experience. Nevertheless, some electric toothbrushes are far more convenient than others, in accordance with their shape and size. Particularly if you intend to take your electric toothbrush with you while travelling, it’s probably in your best interests to invest in something sleek and slender. Not to mention, something that doesn’t have a similar weight to that of a house brick.

Value for money is something that should also be considered, assuming you would prefer not to waste your money. The problem being that because many electric toothbrushes are practically given away these days, many buyers instinctively purchase the cheapest brushes without even thinking about it.  Which is all well and good at the time of purchase – not quite so economical when the brush fails or falls to pieces in a matter of weeks. Premium electric toothbrushes may be more expensive, but generally tend to offer so much more in terms of long-term value for money.

Last but not least, it’s comparatively rare to come across an electric toothbrush these days that hasn’t been verified as safe. Nevertheless, pick up an electric toothbrush online from some unknown brand shipped from overseas and you take your health and safety into your own hands. What’s important to remember is that not only are you combining moisture with the electricity, you are also shoving it directly into your mouth. As such, it shouldn’t take a genius to figure out that it is advisable to ensure that the electric toothbrush you use is as safe as possible. If it hasn’t been extensively tried, tested and verified as safe for sale and use in the United Kingdom, it’s properly best not to bother.