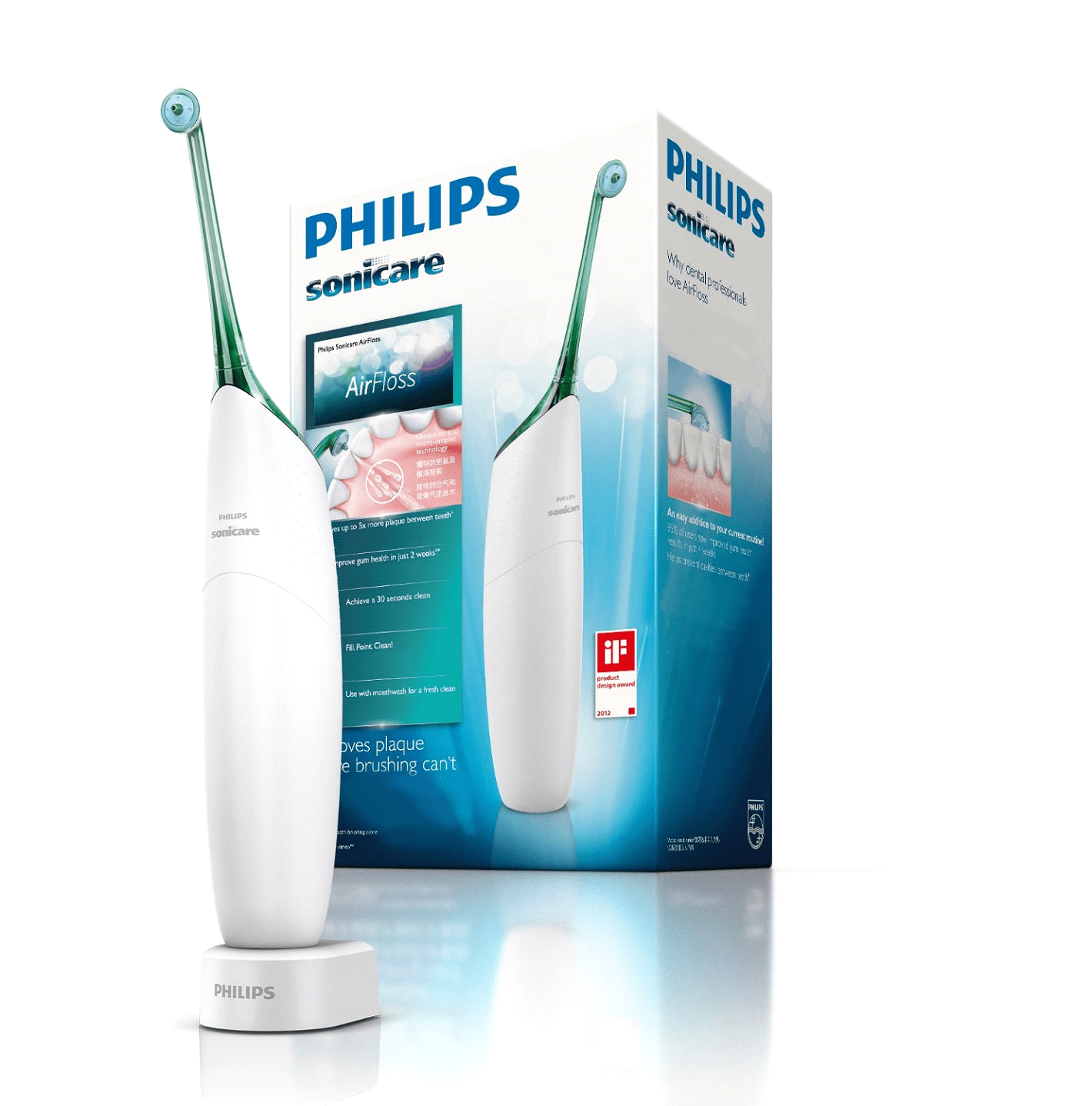 Chances are that if flossing wasn’t such an annoying job to carry out, more people would do it more often. As far as dental professionals are concerned, flossing represents an extremely important part of the everyday oral hygiene regime we all should be following. Nevertheless, research shows that no less than 80% of people in the United Kingdom do not floss their teeth on a regular basis. Perhaps even worse still, approximately 95% who do floss their teeth are not getting the job done properly.

The answer? Well, it could lie in the kind of products that not only make flossing more effective, but perhaps even enjoyable at the same time. It sounds like too much to ask, but that’s exactly what the Philips Sonicare AirFloss HX8211/02 claims to offer. If you’re looking to compare this water flosser to the other top products available then please read this article.

A revolution in the making? Quite possibly – read on for a full breakdown of what’s on offer.

When put to the test, there is absolutely no denying the way in which the Philips Sonicare AirFloss HX8211/02 has an incredibly cleansing and refreshing effect on the mouth. Which is of course to be expected – especially when using mouthwash.  Blasted in between the teeth and all over the mouth in general, you come away feeling so much cleaner and more refreshed than you would having simply brushed your teeth.

Not only this, but the device also has the potential to save you an enormous amount of time compared to conventional flossing, while at the same time requiring just the tiniest amount of fluid to work. And as already mentioned, its battery life is simply superb.

As for the negatives, the fact that the manufacturer states that the Philips Sonicare AirFloss HX8211/02 does not represent a replacement for standard flossing is a little on the worrying side. Along with this, some experts have suggested that it doesn’t clean quite as deeply as a traditional water flosser and nor does the nozzle make it easy (or even possible in some instances) to clean teeth right at the back of the mouth. Nevertheless, criticisms are comparatively rare and the vast majority of those that have used the Philips Sonicare AirFloss HX8211/02 say that they would definitely recommend it to others.

In terms of overall value for money, it all comes down to exactly how much importance you place on the feeling of a quite spectacularly refreshed and invigorated mouth. Even if it’s true to say that in a scientific sense the Philips Sonicare AirFloss HX8211/02 doesn’t deliver the best overall clean, it certainly delivers an outstanding clean and the sensation of a mouth that is nothing short of pristine.

In addition, it is also far from the most expensive device of its kind currently on the market and has been aggressively discounted recently at a number of major retailers. The number of units sold to date confirm just how popular it is and the Philips Sonicare AirFloss HX8211/02 also comes highly recommended for those with braces and another dental work.

If this is your first time coming across one of these devices, you’d be forgiven the thinking it was in fact a slightly oversized electric toothbrush. It features two buttons which are on/off and the ‘blast’ button, along with an ergonomic grip and slim angled nozzle with guidance tip make finding the correct placement easy. 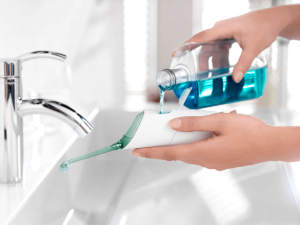 Contrary to what the name may suggest, it is actually primarily diluted mouthwash or water that is used to clean your teeth. Putting it to work is as simple as choosing which of the liquids you’d prefer to go with and adding a small amount to the reservoir, the accordance with the instructions supplied. You can only get a couple of tablespoons of your chosen liquid into the reservoir at any one time, but this will be more than sufficient to keep it going for around two days.

One important note however – there are certain mouthwash ingredients that have the potential to cause damage to the interior of the device. As such, be sure to check the instructions and ensure that your own products are compatible, before getting started. 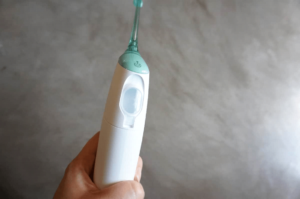 The guidance tip makes it incredibly easy to position the nozzle exactly where it needs to be. Simply place the ball between the teeth and push the button, to release a blast of air filled with tiny droplets of the fluid you chose, which effectively remove debris and deliver a deep cleaning action between the teeth.  Move along the gum-line after each burst and repeat the process until you have flossed between each of your teeth. Feel free to focus your attention on any areas that prove to be particularly stubborn with an extra blast or two along the way. 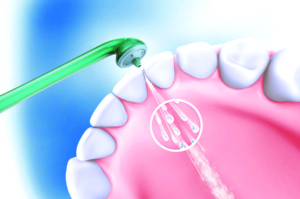 It’s important to remember that while it may take some getting used to, the process must be carried out with your mouth closed. The reason being that if your mouth is open, all manner of bits and pieces will splatter all over whatever is in front of you at the time. It may also feel a little clumsy at first and the process as a whole may be somewhat slow. Nevertheless, just as soon as you get the hang of it you’ll find it possible to floss your teeth comprehensively in less than 60 seconds.

As is the case with most similar products from Philips, the Sonicare AirFloss HX8211/02 boasts battery life that really is incredibly impressive. Used as recommended on a daily basis, just a single charge will keep this impressive device running for no less than 14 days. Of course, used on a more regular basis the battery will be depleted sooner, but it nonetheless outperforms almost every other comparable product in its class when it comes to battery power.

Unsurprisingly, Phillips has quite a lot to say when it comes to exactly what Philips Sonicare AirFloss HX8211/02 is capable of when put to the test. Recommended for use as part of a wider daily oral health care regimen, the manufacturer states that this advanced flossing device can offer the following:

All such claims certainly paint a fine picture of the Philips Sonicare AirFloss HX8211/02, but at the same time it is slightly confusing to read that according to the manufacturer, the device is “not a replacement for flossing”.  Interpretations with regard to what exactly they mean by this varies, but it’s still something of a strange statement to make about a device created specifically for flossing.