ToothStars / Oral Health / What Are Tonsil Stones (and Should I Worry About Them)? 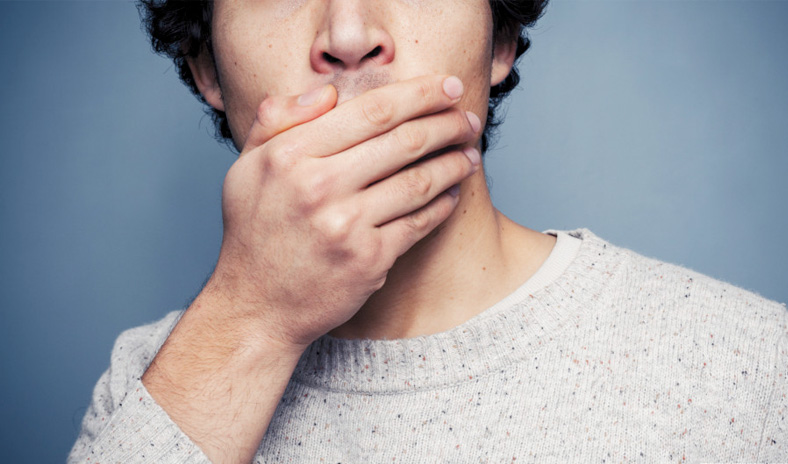 Three or four decades ago, it was the norm for people to have their tonsils removed at the first sign of trouble. If your own tonsils hadn’t been surgically removed for one reason or another, you almost certainly knew someone whose had.

All of which led to the widespread assumption that tonsils were, to a large degree, somewhat redundant. Given how they tended to be removed at the drop of a hat, it was assumed by most that they weren’t of any real importance.

Today, doctors are much less inclined to recommend the removal of the tonsils than they were some time ago. It’s now generally accepted that the benefits of tonsils (in most instances) outweigh the risks they pose, so it’s become comparatively rare for tonsils to be removed.

But with more people retaining their tonsils long-term than ever before, some issues affecting the tonsils are becoming more widespread. One of which is tonsil stones, which despite not being a particularly severe health threat can be quite unpleasant to say the least.

What Are Tonsil Stones?

One of the most common complaints brought to dentists by adults and children is bad breath. Or at least, an unpleasant taste in the mouth that causes concerns.  In fact, it’s estimated that at least 30% of adults consult with a dentist on occasion, regarding the freshness of their breath.

In some instances – quite a few, in fact – the root cause of the issue is found to be tonsil stones. Not quite as scary as they sound, tonsil stones manifest in the form of hard or calcified deposits on the tonsils. They can be seen as white or yellow-ish spots on the tonsils, and may or may not be accompanied by swelling or discomfort.

While these tonsil stones are not considered hazardous to health in any way, they can nonetheless be surprisingly foul-smelling. They can also come away from the tonsils and enter the mouth, increasing the risk of bad breath.

What Do the Tonsils Do?

Far from redundant, the tonsils play a major role in supporting the human body’s immune system. Their job is to work as a rudimentary filtration device, preventing unwanted dirt, debris and bacteria from making its way down the throat and into the nasal passages.

Thus the benefits of retaining your tonsils long-term are now considered much greater than the risks they pose, regarding certain health complaints. Unless you absolutely need to have your tonsils removed, it’s highly unlikely your doctor will recommend that you do so.

Unfortunately, it is not uncommon for some of the dirt and bacteria filtered by the tonsils and become trapped. Even the tiniest quantities of food debris that get stuck in and around the tonsils can deteriorate and fester, gradually leading to the development of tonsil stones.

In the worst-case scenario, this decomposition and accumulation of bacteria can lead to infections. The symptoms of which can be extremely uncomfortable, perhaps calling for the course of prescription antibiotics.

But in most cases, tonsil stones do not pose any direct threat to the health of the person affected. They eventually break away and are either swallowed or spat out, but nonetheless have the kind of foul smell that never fails to take those affected by surprise.

Not at all, as in the vast majority of cases where tonsil stones are detected, the patient has no specific underlying health conditions. Tonsil stones are just as likely to affect healthy people as anyone else, and they can appear at any time of life for no apparent reason.

That said, the size of the pockets (or crypts) on the tonsils can affect a person’s likelihood of experiencing tonsil stones. Some people naturally have larger pockets on their tonsils than others, which can lead to the more rapid accumulation of bacteria and debris.

Though again, having larger pockets on the tonsils is not considered detrimental or a specific health risk, in and of itself.

Can Tonsil Stones Be Prevented?

Yes and no, as it depends more on the structure of the tonsils than the preventative action the individual affected takes.

Using a high-quality, dentist recommended antibacterial mouthwash is essential, in order to rid the mouth of as much dirt, debris and bacteria as possible. Likewise, flossing regularly – ideally with the best water flosser available – comes highly recommended.

Any build-up of food debris or bacteria in the mouth will significantly increase the likelihood of tonsil stone forming.  Hence, anything you can do to keep your mouth in the best possible condition will help keep tonsil stones at bay.

Even so, there will always be instances where even the most top-notch oral health and hygiene regime isn’t enough to prevent tonsil stones from forming.  Depending on the unique makeup of your tonsils and the surrounding tissues, you may still be affected by tonsil stone – irrespective of how clean your mouth is.

Should I Discuss Tonsil Stones with My Dentist?

The short answer is yes, for the simple reason that any concern you have regarding your oral health and hygiene should be raised with your dentist at an early stage.

Where tonsil stones are concerned, it is highly unlikely that their manifestation is a sign of anything untoward.  It could simply be that you need to step up your oral health and hygiene regime, or that other lifestyle tweaks are called for.

For example, your dentist may recommend drinking more water, or reducing your consumption of certain foods and drinks.

They can also recommend the best products available to keep tonsil stones at bay, including a good antibacterial mouthwash, an electric toothbrush and a powered water flosser. All of which will help you enjoy fresh breath and confidence throughout the day, irrespective of whether tonsil stones are present.