ToothStars / Oral Health / Teeth Grinding: What to Do to Combat Bruxism at Home 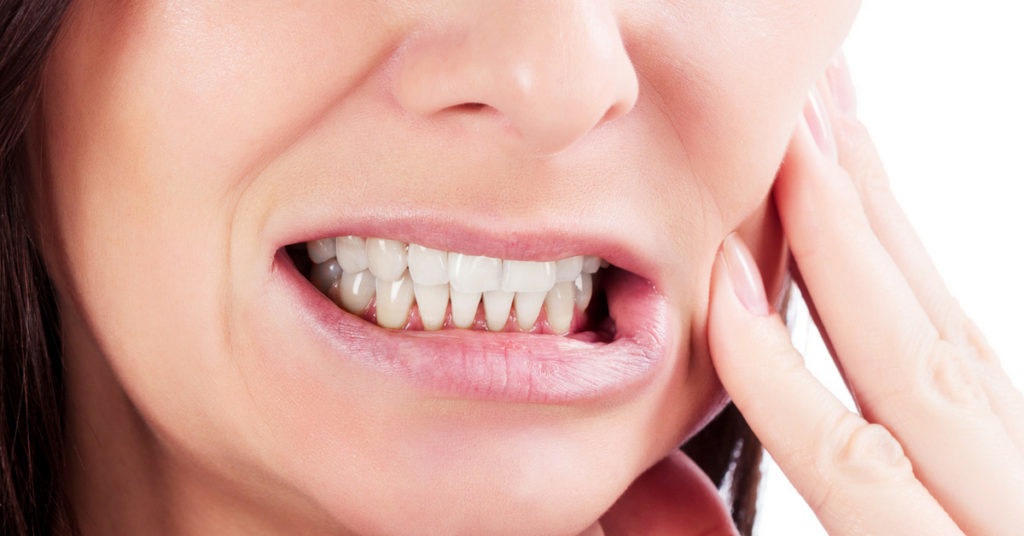 One of the most interesting things about teeth grinding is the fact that millions don’t even know they do it. Teeth grinding – aka bruxism – is estimated to affect approximately 10% of the entire population. This equates to millions of people who grind their teeth, some more severely than others.

Left unaddressed, bruxism can increase the risk of a variety of health issues. It can also be extremely painful, in the case of more severe bruxism. But if teeth grinding is such a painful and problematic issue, how is it that so many people don’t even know they grind their teeth?

The answer is simple – it often happens while they are asleep.

Bruxism sometimes occurs for no specific or identifiable reason. In other instances, teeth grinding can be an indicator of depression, anxiety, stress and other psychological health issues. Unfortunately, when cases of bruxism are primarily or exclusively nocturnal, those affected may never realise what’s happening.

Nor will they have the opportunity to do something about it.

In order to shed a little light on this common yet often overlooked oral health issue, we decided to put together a brief but helpful FAQ. So, whether you suspect you’re suffering from bruxism or you’re concerned about someone in your household, here are the facts you need to make sense of teeth grinding:

The term ‘bruxism’ refers to any instance where an individual spends any amount of time whatsoever grinding their teeth. It’s not uncommon for toddlers, for example, to grind their teeth on a temporary basis. In this instance, however, they’re usually just getting used to their new teeth, rather than struggling with a genuine health problem.

Later in life, teeth grinding tends to be indicative of an underlying issue. This is why the vast majority of leading dentists advise organising an examination and consultation at the earliest possible juncture. In many instances, the onset of teeth grinding as an adult is linked with anxiety or stress. Hence, it’s an issue that’s far more likely to occur during stressful times, and can be temporary or ongoing.

There are also several unhealthy lifestyle choices that are known to increase a person’s likelihood of teeth grinding. Examples of which include consuming too much alcohol, smoking cigarettes and using recreational drugs. There are even several known prescription drugs that have been linked with bruxism.

While some of those affected grind their teeth during the day, bruxism has the tendency to be worse during the night.

WHAT ARE THE EFFECTS OF BRUXISM?

The most immediate signs and symptoms of bruxism are also the most obvious.  Excessive teeth grinding and clenching can lead to toothache, an aching jaw and headaches. You may also notice that your teeth are being worn down, or are even being chipped and cracked.

Interestingly, some of those who suffer from the effects of bruxism are entirely unaware of the cause of the issue. They wake up on a regular basis with headaches, painful jaws and general muscle tension, not releasing it’s actually teeth grinding that’s causing it. This is precisely why such a huge portion of cases of bruxism go undetected. People attribute the issue to something else, ultimately allowing their problematic grinding to go unaddressed.

Left undetected and untreated, bruxism can cause severe damage to the teeth, the gums, the jaw and the facial muscle. Once again, this is why dentists recommend seeking expert support if you have any concerns whatsoever.

WHEN DOES BRUXISM HAPPEN?

The overwhelming majority of cases of bruxism are somewhat subconscious in nature. This means that irrespective of whether one occurs day or night, the person affected grinds their teeth against their will.

During the daytime, those affected may suddenly become aware of the fact that they are clenching their teeth excessively. Perhaps on a regular basis throughout the day, they’ll realise they’re grinding their teeth and try to stop it. Often without any idea when or why they started clenching/grinding in the first place.

At night, bruxism can be significantly more harmful. This is because when the affected individual is asleep, there’s nothing they can do to stop themselves grinding their teeth. Nocturnal bruxism therefore has the potential to continue for hours on end. This is also why overnight teeth grinding is associated with a wide variety of uncomfortable and painful symptoms the following morning.

HOW CAN YOU STOP GRINDING YOUR TEETH?

As with all medical conditions, the key to curing a case of bruxism lies in identifying the underlying cause. A sizable portion of bruxism cases are attributed to stress and anxiety – some acute, some on-going. In these instances, teeth grinding and clenching is effectively a symptom of a more serious health issue.  Hence, it is the health issue itself that needs to be addressed, in order to put a stop to the bruxism.

As mentioned above, it could also be that your lifestyle choices and/or the medications you are currently taking could be the problem. Rather than making any radical changes to the way you live your life, it’s advisable to consult with your doctor beforehand. If there are any obvious triggers that could be causing you to grind your teeth, your doctor will ensure they’re discussed and addressed appropriately.

Nevertheless, there will always be cases of bruxism that cannot be attributed to a specific cause. In addition, simply identifying the cause doesn’t mean being able to immediately eradicate the problem entirely. This is why doctors and dentists recommend specialist mouth guards, which can be used to protect the teeth, gums and jaw overnight. Bruxism mouth guards and effectively serve as a cushion between the teeth, reducing the side-effects of teeth grinding. However, a mouth guard is not a cure for bruxism.

If you have any questions or concerns regarding bruxism, it’s important to consult with your doctor or dentist at the least possible stage. As is often the case, addressing issues with teeth grinding can be simplified by identifying the issue as early as possible. The longer you wait, the higher the likelihood of severe or even permanent damage to your teeth and gums.