ToothStars / For Kids / Dummies and Oral Health: Myths Vs. Truths 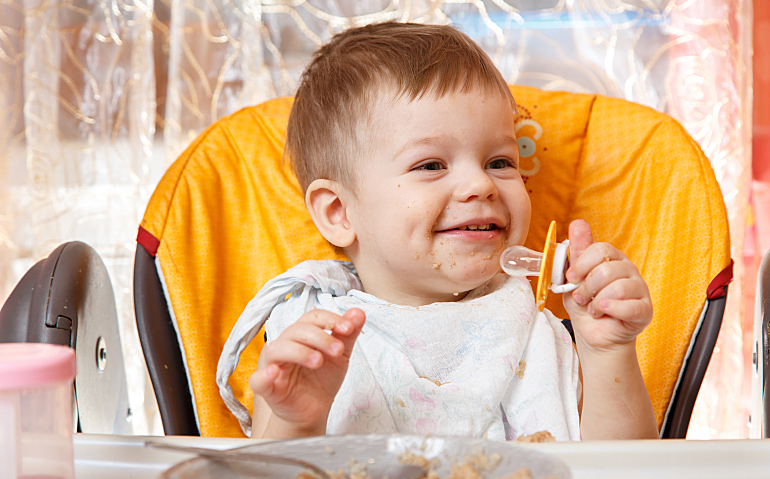 With such heated debate regarding the safety (or otherwise) or dummies for babies, it’s hardly surprising millions of parents share the same concerns. Not to mention, confusion regarding whether or not they should bring dummies into their babies’ lives.

As far as the experts are concerned, it’s important to begin instilling good oral health and hygiene habits in kids from the youngest age possible. It may be a while before your baby can handle a professional electric toothbrush, but this doesn’t mean there isn’t much that can be done early on.

Nevertheless, there’s a plethora of myths and untruths surrounding the use of dummies and their potential to affect a baby’s oral health. Most of which are based purely on outdated theory and speculation, rather than scientific evidence and facts.

So to help clarify at least some of the confusion, what follows is a brief rundown of some of the longest-standing myths surrounding dummies and oral health, along with the respective truths behind them:

Myth #1. It’s dangerous to get kids hooked on dummies

Doctors and dentists comprehensively support the use of dummies, as a psychologically nurturing and calming activity for babies. They insist that the use of dummies only becomes problematic if the frequency, intensity and duration of their use spirals out of control. Sooner or later, the dummy will be withdrawn from use entirely and has no capacity to cause significant damage to a baby’s oral health in the meantime. Both during the day and at night, a dummy can be a uniquely safe and effective therapeutic tool for babies.

Myth #2. Some dummies are better than others

You’d be forgiven for thinking that some dummies were exponentially safer and more effective than others, given the huge price differences from one product to the next. Contrary to the claims of manufacturers however, there’s no evidence whatsoever to suggest that any type of dummy is better than any other. Just as long as it’s an appropriate size and manufactured by a reputable brand, there’s nothing to gain by spending over the odds. If in doubt, research the available options using independent customer reviews and recommendations.

Myth #3. Dummies are bad for a child’s teeth

Perhaps the most tenacious myth of all, millions of parents genuinely believe that dummies are inherently bad for kids’ teeth. In reality, it all comes down to the way the dummies are used and the supervision provided. When dummies are used conservatively, evidence suggests that they cannot and will not have a detrimental impact on the development of a child’s teeth. Risks of oral health issues only apply when a child is allowed to use a dummy continuously and relentlessly, doctors and dentists argue.

Myth #4. It’s hard to wean your child away from dummies

Contrary to popular belief, breaking the habit as far as dummies are concerned isn’t usually difficult. There are some childhood habits kids stick to like glue, often carrying them through all the way to adulthood. Nevertheless, the vast majority of children automatically kick the habit of sucking a dummy by the time they reach 3.5 to 4 years old. By which time, you’ll have moved them over to more conventional oral hygiene habits and can keep a close eye on their oral health. It’s commonly assumed that it’s necessary to force kids to give up their dummies, but this is rarely the case.

Myth #5. If they drop their dummy, it goes in the bin

These kinds of guidelines are only provided to ensure you buy more dummies unnecessarily. Unless the dummy happens to land somewhere particularly unfortunate, there’s nothing wrong with picking it up, giving it a good clean and putting it back into use. A good rinse under warm water is usually sufficient, or you could give it a rub with some kid-friendly mouthwashbefore rinsing it and popping it back in. Some of the better-made dummies on the market can also be thrown in the dishwasher for an even more hygienic clean. In all instances, however, tossing out dummies simply because they’ve come into contact with the ground isn’t necessary.

Myth #6. It’s fine to dip dummies in honey or whisky

Much as the recipient may enjoy it at the time, this is one of the biggest mistakes you can make. The reason being that despite the sweet and soothing effects of added extras like these, you could be putting your baby’s oral health at risk. Excess sugar that sticks around in the mouth can lead to tooth decay and cavities, while the introduction of alcohol (even a remedial levels) can likewise cause any number of problems. Unless your doctor or dentist specifically recommends the addition of a soothing agent to their dummy, don’t add anything at all.

Myth #7: Sucking on your own kid’s dummy is fine as a parent

Last but not least, many parents believe that one of the best ways of sanitizing their kids’ dummies is to give them a quick ‘polish’ in their own mouths.  Unfortunately, it’s a bad habit that can have the oppositeof the intended effect.  Unbeknownst to you, putting the dummy in your own mouth could result in your passing of germs, bacteria, viruses and so on directly into your baby’s mouth. Even if you feel healthy as can be at the time, you’ve really no idea what’s lurking in there. Hence, it’s a good idea to keep your baby’s dummy away from your own mouth where possible.

As with all things, the very best advice (and the advice you should be heeding) is that which comes from your doctor or dentist. If you have any doubts or concerns, simply make an appointment and ask as many questions as necessary to put your mind a rest.

The Internet can be a fantastic resource for baby-friendly information, but you need to be careful what you read into and ensure you do your own fact checking.