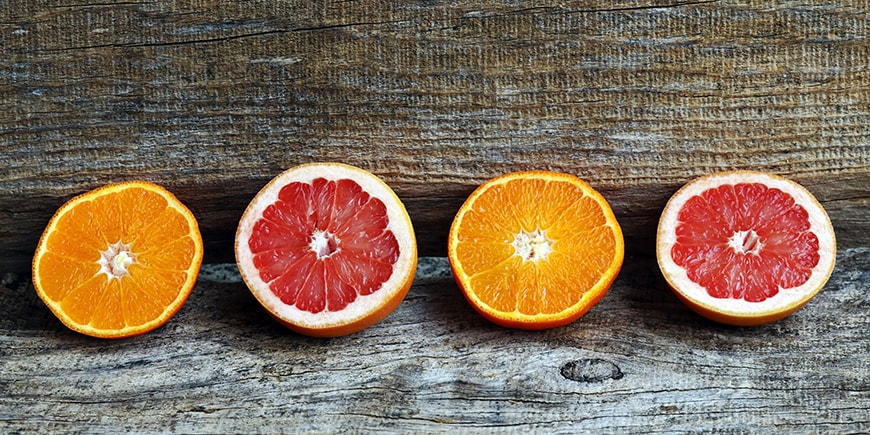 We recently shared a post detailing the ins and out of acids. Specifically, how the acids we consume in our diets can have an effect on human health.

Protecting the teeth and gums from the effects of acids revolves around two things – good oral hygiene and monitored intake. Use the best electric toothbrush of 2019along with a cordless water flossertwice daily and you’re already halfway there.

As for the rest of the body, the key to dietary balance as far as acids are concerned lies in building an awareness of the more acidic foods in your diet. Some of which will likely come as a huge surprise.

Remember – you can’t always rely on your taste buds to tell you the truth about acid. As much of the acid doing the damage is produced after the food is digested, it’s quite the stealthy entry to the body!

To illustrate the point a little more clearly, here’s a quick rundown of just a few foods, drinks and ingredients that rank at the very top-end of the acidity scale:

First up, pretty much every type of animal protein becomes acidic once the metabolic process has been initiated. Beef, turkey, chicken etc. – they may taste anything but acidic, but they can significantly increase acid levels in the bloodstream and body. Interestingly, wild game has been found to have a less severe effect on the body’s acid balance, so could be worth sticking with over and above traditional meats.

It’s something of a catch 22 when it comes to dairy. On one hand, calcium is fantastic for your health and many dairy products – cheese in particular – are known to be good for our teeth. On the flipside of the coin, cow’s milk contains a disproportionate amount of phosphorous, which can directly impact the body’s ability to keep excess acid out of the bloodstream. So while dairy products are generally considered to be just about as healthy as it gets, you can end up getting too much of a good thing.

It’s exactly the same with grains, as while they’re a fantastic source of dietary fibre and provide plenty of slow-release energy, they’re also high on the acidity scale. Particularly when it comes to the more processed grains – the healthiest options being buckwheat, quinoa, brown rice and so on. They’re not to be avoided as they can pack a serious punch on the positive side of the health spectrum. It’s just that excessive consumption can have a direct impact on the blood’s acidity…and not in a good way!

While legumes are considered slightly acidic, the health benefits they offer far augment any potential downsides. Crisp legumes can be brilliant for naturally cleaning the teeth and gums, they’re rich in key vitamins and can also help keep both blood pressure and cholesterol under control. They’re also incredibly low in calories and can be great for weight management. Getting carried away with the legumes could result in raised acidity levels, but more diets don’t take things to such extremes.

Eggs are generally considered to be among the healthiest foods anyone can eat. Which they are – high in protein, zero cholesterol and packed with vitamins. Nevertheless, the metabolic process in the body when consuming eggs leads to a fair amount of acid being produced and left behind. Which is why eggs aren’t always recommended for those who have existing issues with indigestion and similar conditions. They’re a great food to be enjoyed in moderation, but not necessarily in huge quantities.

Research suggests that those who eat nuts on a regular basis live longer than those who abstain. Nuts have been flagged as among the healthiest foods on the face of the earth for a variety of reasons. Even the high-levels of fats in nuts are the kinds of healthy fats that can do us good. On the acidity side of things, nuts are also known to be at least modestly acid-forming. Experts suggest that around 20% or less of the average person’s diet should consist of nuts, which is a pretty generous amount so of little concern to most.

The importance of sticking with healthy fats is widely known and understood, in order to keep things like cholesterol and blood pressure under control. Nevertheless, it’s also known that most vegetable oils can have an acidifying effect on the blood. Not to such an extent as to become dangerous, but certainly capable of contributing to a higher-than-normal acidity. Enjoy in moderation – which is what most tend to do with vegetable oils naturally.

The effects alcohol can have on human health are pretty extensive to say the least…and not in a good way. From oral health to digestive health and so much more besides, alcohol really isn’t great for human health in general. What’s more, alcohol is also a hugely acidifying substance, which has an immediate and on-going effect on acid levels within the body. It’s been said that alcohol needs to be enjoyed in moderation time and time again, yet it’s advice far too many people choose to ignore…or pretend they haven’t heard!

It’s no secret that coffee doesn’t do a world of wonders for the health and the appearance of our teeth. Like tea and red wine, coffee has the power to stain teeth beyond recognition in no time at all. It’s also a highly acidic product that can boost the acidity of the blood, resulting in additional stresses and pressures on the body. Nonetheless, regular coffee intake has also been linked with an extensive variety of beneficial effects – everything from better digestive health to the prevention of certain cancers. So once again, it’s a case of moderation, as opposed to abstinence.

Last but not least, refined sugar is a food/ingredient most experts advise steering clear of altogether where possible. While not strictly ‘dangerous’ as such, most sweet treats aren’t exactly beneficial, either. Hence, the importance of moderating our intake of the sweet stuff, if looking to watch out for our health and wellbeing long-term.