ToothStars / Naturally / How to Reduce Sugar Cravings, Without Going Nuts 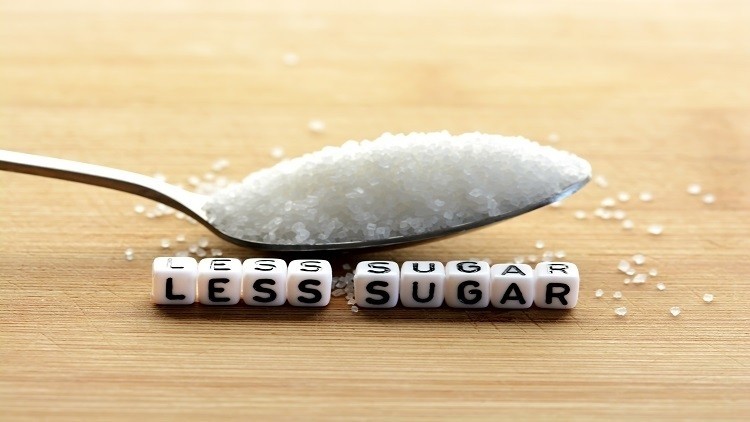 For millions of men, women and children alike, the thought of going a full day without sweet treats is entirely unthinkable. For some, it’s a case of needing something of a mid-afternoon pick-me-up, in order to cope with that familiar 3pm slump. For others, it’s simply a constant craving for sugary goodies that always gets the better of them.

In all instances, you’re looking at a sizeable and unnecessary dose of sugar.  Something that in turn isn’t going to have a positive effect on your oral health. It’s no secret that sugar is public enemy number-one when it comes to oral health, but we’re all-too willing to make sacrifices for the sake of satisfying our cravings.

Why Do We Crave Sugar?

Looking at things from a scientific perspective, there are basically three reasons why we crave sugar.

First of all, the human body knows exactly when it needs a fast-acting dose of energy. This is why we tend to crave sugar and junk foods in general when we’re tired and rundown – the body naturally urging us to refuel its fire…so to speak.

In addition, the fact that sweet is the first taste human beings prefer from birth means it is somewhat hardwired as a comforting and enjoyable sensation. We’re instinctively preprogramed to respond positively to sweet things, so we can’t help but enjoy them.

And if all this wasn’t enough, sweet treats just taste fantastic. There’s a reason why the overwhelming majority of people share a love for things like chocolate, sugary drinks, muffins, cakes and so on – they’re awesome!

Still, it goes without saying that most people would like to reduce their sugar intake where possible. We know it isn’t good for us, but at the same time don’t have the willpower to eliminate sweet treats entirely.

The good news being that with a proactive approach, it’s perfectly possible to reduce sugar cravings – without resorting to extremes. As far as the experts are concerned, the following eight tips and tricks are not only surprisingly easy to implement, but can also have a huge and beneficial impact long-term:

Contrary to popular belief, one of the worst things you can do is to attempt to cut out sugary treats entirely. By completely denying yourself something you clearly want, the whole thing becomes an unpleasant and unsustainable chore.  Instead, think about cutting things down and setting yourself a daily or weekly allowance. Complete exclusion is rarely recommended by nutritionists – moderating your intake is a far better approach.

If you begin taking your oral health and hygiene a little more seriously, you may think twice about filling your mouth with sugar. For example, you could invest in a premium DIY teeth-whitening kitand that Bluetooth electric toothbrushyou’ve had your eye on. Spend time and effort keeping your mouth as clean as possible and chances are you’ll be far less inclined to undo all your hard work with sweet treats. What’s more, keep your mouth minty-fresh throughout the day and those sweet snacks won’t taste nearly as good.

If somebody tells you to swap your 2pm bar of chocolate for an apple, you’ll probably laugh in their face. By contrast, swapping the same bar of chocolate for something at least a littlehealthier might not be quite as painful. A sweet snack that contains plenty of nuts, a cereal bar with a reduced sugar content – anything that gives you the same hit of sweetness, without necessarily hitting your teeth and health. There are even ultra-sweet and sickly desserts on the market today that contain no sugar and no fat whatsoever. Explore the alternatives out there and you may be surprised how tasty some of them are.

Comparatively few people realise that when we feel hungry, we may not in fact be hungry at all. Feelings of thirst are often confused by the brain and body, interpreted instead as feelings of hunger. Next time you find yourself facing a hunger pang, drink a glass of water and give things 15 minutes. You might be surprised how quickly and effectively the entire craving disappears. If not, you’ll have given your body an important and healthy dose of moisture, which is never a bad thing.

If you’re currently in the habit of eating three large meals a day, it’s hardly surprising you’re feeling hungry in-between meals. Contrary to popular belief, the human body isn’t designed to go long periods of time without being refuelled. Rather than eating three huge meals at set times, tried to get into the habit of eating at least five times per day. Albeit, in significantly smaller quantities when you do. Ask any nutritionist and they will tell you that this is one of the best ways of reaching and maintaining a healthy weight. Ensure you have plenty of healthy snacks with you and never allow yourself to become excessively hungry.

Another effective way of eliminating sweet treats can be simply to set yourself a personal challenge. Or if you prefer, get a couple of other people involved and take them along for the ride. Set yourself a goal of reducing your sugar intake by X amount within a certain period of time, with some kind of incentive on the line for whoever gets it done. A little competitiveness often goes a long way.

Last but not least, cutting down on something you genuinely enjoy is never easy. If anything, it simply has a habit of making you want more of it. This is precisely why it’s important to reward yourself on a regular basis. If you successfully manage to reduce your intake of chocolate by 75% for two weeks, don’t feel bad about bingeing on the stuff for one day. Just as long as your overall consumption is reduced, you’re taking an important step in the right direction.