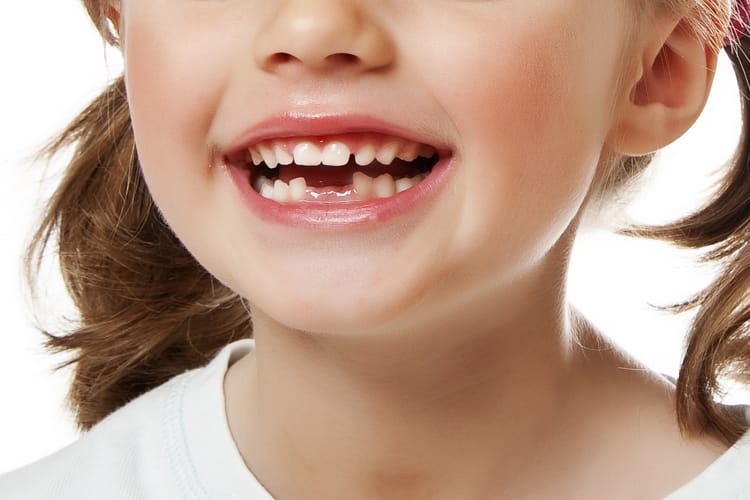 While it’s fair to say that all parents only want what’s best for their children, the subject of kids’ teeth is one that quite often goes overlooked. The reason being that it is often assumed that kids in general are prone to slightly less than flawless oral hygiene habits and to a certain extent cannot be expected to look after their teeth to the same extent as an adult. Not only this, but it is often taken for granted that a child’s baby teeth are of little significance or importance, given the fact that sooner or later they will fall out and make way for their adult teeth.

Unfortunately, regarding the oral health of children as something of a side issue can and often does lead to rather serious consequences further down the line. According to the British Dental Health Foundation, research shows that things are actually getting worse at a period in time when they should have improved significantly. It’s important to remember that oral health is directly connected with the overall physical health – neither of which should therefore be in any way taken for granted.

Of course, there’s no disputing the fact that nurturing the best possible oral hygiene habits in kids can be a challenge to say the least. Nevertheless, it is of crucial importance to do exactly that, by both keeping an eye on their own habits and leading by example. The very best electric toothbrush for kids that makes brushing more enjoyable can certainly help, but there’s still plenty to do throughout the years to instill positive habits for life.

Here is a quick rundown of 11 interesting and important facts and figures about kids’ teeth that every parent should know:

1 – First of all, it may shock you to learn that somewhere in the region of 50% of all children by the age of 8 have visible signs of tooth decay. What’s particularly unfortunate about this statistic is the way in which the overwhelming majority of such tooth decay cases are entirely preventable. Along with a strong and consistent oral health regime, the very best toothpaste and best mouthwash for kids can certainly help.

2 – Contrary to popular belief, the kinds of dental products that offer the very best care and protection for children’s teeth are not in fact expensive. Generally speaking, it need not cost any more than around £1 to buy a high-quality toothpaste specifically for kids, while ensuring their toothbrush is changed on a regular occasion is also anything but expensive.

3 – It’s important to get into the habit of reading the labels carefully when buying drinks for children as some of those that come across as ‘healthy’ may in fact contain a spectacular amount of sugar. It’s no secret that drinks like Coke, Sprite and Ribena are absolutely loaded with added sugars. Nevertheless, quite a lot of fruit juices contain even more sugar in the form of ‘naturally occurring’ sugars, which are still just as harmful to teeth.

4 – Incredibly, research shows that no more than around 80% of children are being taken to see dentists on a regular basis. Which basically means that one in every five children still isn’t being taken for a professional consultation as often as they should be. What makes this both surprising and to a certain extent inexcusable is the way in which dental treatment for children is available 100% free of charge on the NHS.

5 – Studies have also shown that over the past 10 years, the number of children with visible plaque buildup on their teeth has fallen by approximately 10%. Should things continue along the same lines, this would mean that by the year 2079, quite possibly no children at all would present with plaque buildup. Not that 100% eradication of plaque is likely, but it’s still a reassuring statistic nonetheless.

6 – Even in this day and age, it is known that somewhere in the region of 25% of children still do not brush their teeth at least twice a day. This is a figure that never fails to infuriate dental professionals as while kids cannot be expected to take meticulous care of their own oral hygiene, too many parents are overlooking the importance of ensuring their kids brush twice a day. On the plus side, it is a figure that has nonetheless improved over recent years, suggesting that progress is being made to ensure that all kids brush more regularly.

7 – Statistics from the British Dental Health Foundation show that extensive or severe tooth decay now affects approximately one in every seven children. Once again, what makes this particular statistic so unfortunate is the way in which the overwhelming majority of cases of severe tooth decay could have been prevented entirely, with nothing more than better daily oral healthcare. Regular trips to the dentist can also help nip emerging problems in the bud.

8 – Statistically speaking, children in England are known to have a better standard of oral health on average than their counterparts in Northern Ireland and Wales. One of the biggest contributors to this improvement is said to have been the addition of fluoride to a greater proportion of the country’s water supply.

10 – Generally speaking, a child’s baby teeth should arrive by the time they are two and a half years old. That being said, this doesn’t necessarily mean that there is a serious problem if they have not yet emerged – it simply reinforces the importance of regularly visiting the dentist.

11 – Last but not least, the results of recent surveys suggest that approximately one in every three children aged 12 is to some extent too shy to smile due to being self-conscious or ashamed of their teeth. It’s pretty shocking to acknowledge the fact that so many children are actually avoiding smiling due to their oral health – especially when the highest quality healthcare is both free and readily available.