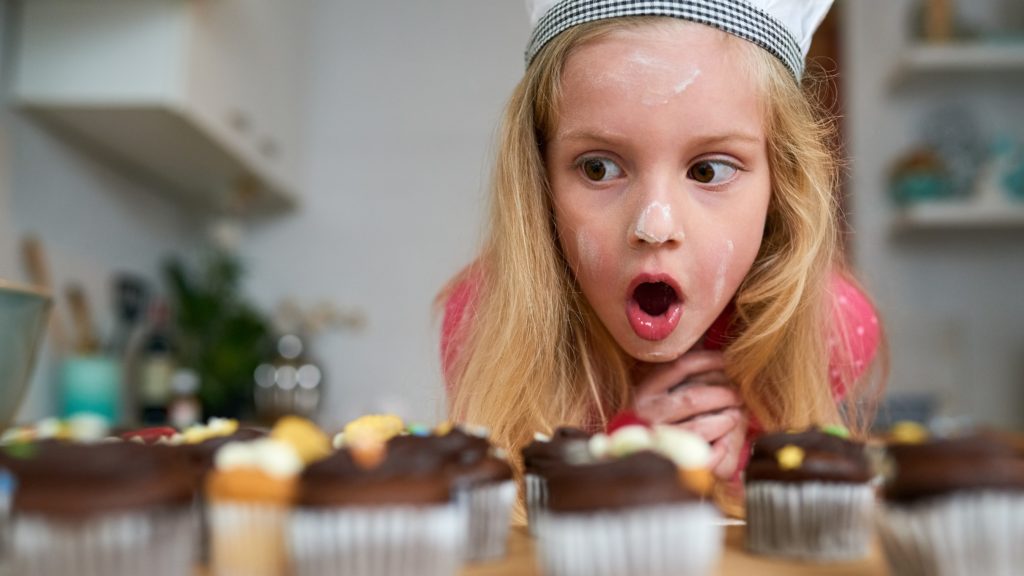 Chances are, no parent would like the thought of their child eating around 20 kg of pure sugar. Nevertheless, that’s exactly the amount the average 4- to 8-year-old takes in during the course of a year. Public health authorities may be campaigning hard to reduce kids’ exposure to junk food, but sugar really is everywhere and in everything.

Believe it or not, kids on average consume more sugar during breakfast than they would in the average desert. Even a single yoghurt or cereal bar can have as much sugar as a regular bar of chocolate. All of which is compounded by the fact that kids in general love to eat just about anything that isn’t good for them.

On the plus side, curbing a kid’s sweet tooth is something every parent can play a role in. Along with encouraging kids them to brush their teeth regularly with an approved electric toothbrush for children, reducing sugar intake can be great for their oral health and hygiene. Not to mention, the rest of their body from head to toe.

It may seem like mission impossible on the surface, but get into the following habits and you may be surprised how effective they can be:

First and foremost, you need to ensure that you are always leading by example.  After all, you can’t expect your kids to take an interest in healthy eating habits, if you yourself can be seen breaking the rules on a regular basis. Along with leading by example, do everything you can to convince your kids that the healthy option is also the most delicious and enjoyable option. Even if it means getting carried away with your exaggerated adoration of fruits and vegetables, it’s all for a good cause!

This is a trap that’s almost impossible to avoid falling into from time to time.  In the vast majority of households, sweets and junk food in general are offered as rewards for good deeds and behaviour in general. By contrast, the removal of sweets may be implemented as a punishment. As effective as this can be as a disciplinary measure, it can nonetheless build an unhealthy love-hate relationship between kids and sweets. When kids begin seeing sweets as rewards or otherwise, they begin making assumptions as to if and when they deserve them. Or in some instances, feel guilty about eating them when they are available. Sweets can and should be provided as treats, but not necessarily as regular incentives.

3. Be Aware of Hidden Sugars

For most kids, the vast majority of the sugar they take in doesn’t come from the most obvious sources. Instead, it’s the hidden sugars in things like bread, soft drinks, cereals and so on that pack the biggest combined punch of all. As you can’t always rely on manufacturers to tell the whole truth, it’s good to get into the habit of reading the nutritional information of the products you buy in full.  You might be surprised how many ‘health’ and ‘low fat’ products are loaded with dangerous levels of sugar.

4. Get Your Kids Involved

One of the best ways of getting kids to take an interest in their diet is to involve them in your shopping and cooking activities. When kids are simply presented with meals on a habitual basis, they’re far less likely to show any real interest in what’s on their plate. By contrast, allow them to lend a hand making the meal from scratch and it’s a different story entirely. Involving kids in everyday shopping can also be a great way of teaching them what to look out for, ultimately building towards healthy dietary habits.

One of the best ways of preventing kids from getting carried away with the sweet stuff is to keep it out of reach. If you don’t have any sweets in the house, you’ve no realistic way of handing them out. By contrast, keep a stockpile of treats at home and you’ll consistently be tempted to reach for them and hand them out. Likewise, if your kids know that there are sweet treats and snacks about the place, they’ll naturally crave them more than if they were out of the equation.

Attempting to get a kid with a sweet tooth to see sense is never easy.  Nevertheless, it’s important to bring the subject of nutrition up in conversation, perhaps in combination with other important life lessons. For example, when teaching your kids how to clean their teeth with their first electric toothbrush, perhaps inform them of the consequences of eating too much sugar. They may not be old enough to make positive and logical decisions personally, but they’ll at least have a better idea as to why it is you’re rationing the sweet stuff.

7. Make Your Own Healthy Sweets

You can’t expect a child to live without sweets of some kind, so why not make your own? There are thousands of recipes online for the most decadently delicious treats and goodies, which aren’t nearly as sugar-loaded or unhealthy as those on supermarket shelves. Once again, getting your kids involved in the shopping and preparation processes comes highly recommended. They’ll take pride in their achievement and enjoy devouring the results, completely oblivious to the fact that they’re healthy!

Last but not least, attempting to totally eliminate sweets and sugar in general is a recipe for disaster. The reason being that to completely cut the sweet stuff out of your kids’ lives is to encourage them to misbehave elsewhere. It’s not as if you can keep your eye on them 24/7 – at school, out playing with friends, sleepovers and so on. All the kinds of occasions they’ll be sure to get the fix they’re denied at home…and then some! It’s all about careful and sensible moderation, rather than expecting your kids to go cold turkey.