ToothStars / Dental Industry / Tooth Gems: Nothing to Smile About? 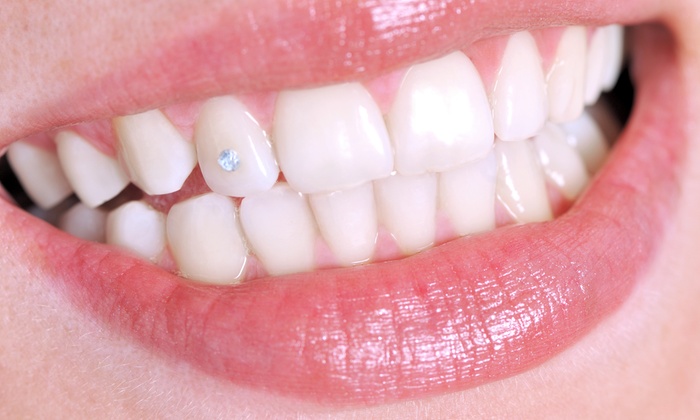 Every now and again, a fashion craze hits Instagram that sees doctors, dentists and health experts uttering are a collective sigh. These being the kinds of fashion crazes that can have a detrimental effect on the respective person’s health and wellbeing.

One or the most recent examples of which being tooth gems. Far from a newcomer to the scene, tooth gems make their first outing close to 30 years ago.  Even if it’s not something you have considered yourself, you’ve probably seen it out in the wild. Often in the form of tiny little jewels and gems, which are attached to one or more of the wearer’s teeth.

For some, there’s nothing more unsightly. For others, there’s no such thing as too much bling. But whichever side of the fence you’re on, there are some important health and hygiene implications to bear in mind. No matter how good you think they look, what’s going on behind the scenes isn’t nearly as pretty.

What Are Tooth Gems?

It was back in the nineties that tooth gems appeared on the scene, emerging from the depths of Sweden and quickly sweeping the world. As the name suggests, tooth gems take the form of tiny little jewels that are attached to the teeth. In the vast majority of instances, the gems are 100% synthetic and nothing close to the real thing. Exceptions exist, but are rare to say the least.

As for the application process, it’s typically a case of purchasing the required kit to ‘glue’ them to your teeth. Some questionable dentists offer these kinds of services at a price, but the vast majority wouldn’t go near tooth gems for any price. The gems are glued into place, hardened with a UV lamp and given a final polish.

Once they’re secured, they’re secured indefinitely. Removal of tooth gems either means having them surgically removed by a dentist, or waiting for them to fall out naturally. In the case of the latter, tooth gems have been known to stick around for anything from a few days up to several months.

The Trouble with Tooth Gems

Of course, advocates of tooth gems would argue that these tiny little jewels can’t possibly cause any serious problems. Keep your mouth clean with a dentist-recommended electric toothbrushand surely you’re safe…right?

Wrong.  Or at least, that’s not the way dentists see it. Those on the more critical side of the fence highlighting the following risks associated with tooth gems:

As far as dentists are concerned therefore, the risks significantly outweigh the benefits. Particularly given how many alternative options there are for safely boosting the brilliance of your smile.

For those planning to fit tooth gems – or already wearing them – dentists offer the following advice:

If you still intend to wear tooth gems at any time and for any reason, it’s worth speaking to your dentist beforehand. Particularly if you have any pre-existing conditions or complaints, such as sensitive teeth or gum disease. Once again, it’s important to remember that anything you introduce to your mouth that isn’t supposed to be there could be detrimental for your oral health and hygiene.  Even if things appear pristine on the surface, you’ve no idea what could be going on behind the scenes.

So once again, it’s a case of bringing common sense into the equation. Tooth gems that contain toxic materials and compounds are to be avoided, yet surprisingly prevalent on the market. If it’s large enough to present a choking hazard, you don’t want it anywhere near your mouth. And if you’re interested in preserving the health and beauty of your teeth in general, tooth gems should be avoided at all costs.

As an alternative, why not consider an effective DIY teeth-whitening kit?  Or perhaps, a professional whitening treatment performed by your dentist? There’s no better way of taking pride in your smile than with a mouth full of glistening white teeth!