ToothStars / Dental Industry / The Bluetooth Toothbrush: What Is It, Do You Need It? 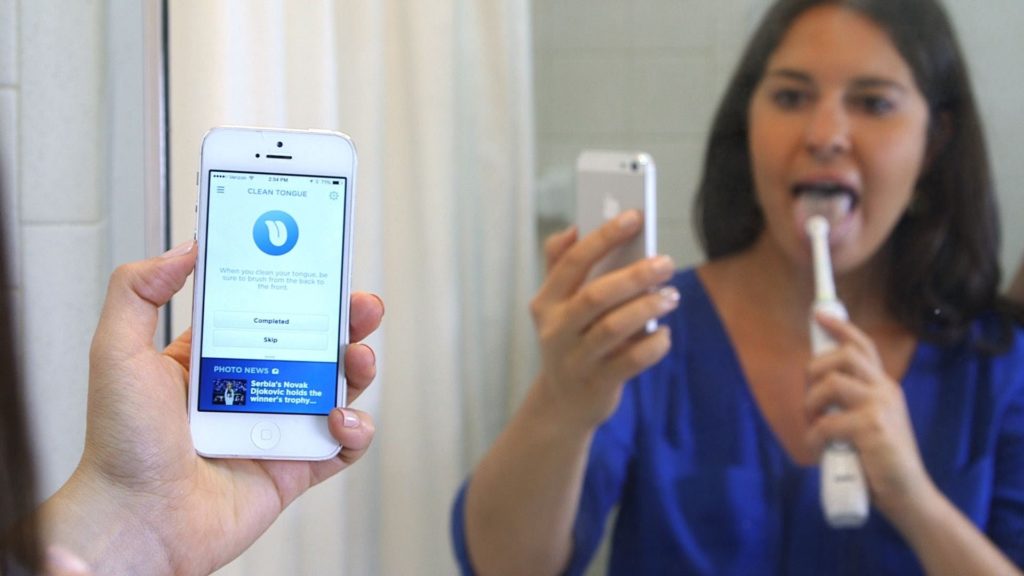 It probably hasn’t escaped your attention than the humble electric toothbrush has undergone a rather miraculous transformation over recent years. At one end of the spectrum, you have the cheapest electric toothbrushes ever devised which can be picked up for next to nothing. At the other, you have the most spectacularly complicated brushes with the kinds of special features once exclusive to supercomputers.

But out of all such brushes has emerged one specific category that is getting a lot of attention right now. If you haven’t already come across the Bluetooth toothbrush, it won’t be long before you do. And when you do, you’ll probably find yourself asking the same question millions are asking right now – do I really need one?

Depending on whom you ask, electric toothbrushes with Bluetooth connectivity are either the greatest thing since sliced bread or fundamentally unnecessary. But then again, it’s exactly the same when pretty much any new technological innovation makes its first appearance. As such, we thought we’d run you through the specifics of the latest Bluetooth toothbrush technology, in order to help you make your own mind up.

Although it’s worth getting one thing out of the way right now – most of it comes down to little more than your own personal preferences!

What It Does
What’s the point of Bluetooth in an electronic toothbrush? It’s actually quite simple, once you’ve got the whole thing set up and running. The long and short of it is that the Bluetooth electronic toothbrush is connected wirelessly with a special mobile application. Or in other words, you connect your toothbrush wirelessly to your smartphone. Generally speaking, the required application can either be downloaded free of charge or is included as standard with the toothbrush. The application can then be used each time the toothbrush is used, so as to monitor the way you use it and your oral hygiene habits in general. In a sense, the application watches what the toothbrush does and how it is used, in order to maintain records for future reference.

How It Helps
Well, according to those who both manufacture and support this kind of technology, it’s just about the closest thing you can have to keeping your own dental healthcare professional right there in your pocket. Whereas the average electric toothbrush these days may feature things like built-in timers and pressure sensors, those with Bluetooth take things one step further. The toothbrush connects wirelessly with the mobile device of your choosing and provides you with both real-time and on-going reports as to the effectiveness and consistency of your oral hygiene habits. The idea being that you gain an expert insight into what you are doing right and what could be improved. This way, you are able to continually refine your daily brushing habits accordingly. Not only this, but you are also able to take the reports with you each time you visit your dentist, in order to receive their own expert advice based on the data.

Is It Necessary?
There are essentially two schools of thought when it comes to arguments in favour of this kind of technology. As far as the professionals are concerned, absolutely anything that encourages better oral hygiene habits in general can only be a good thing. The primary purpose of Bluetooth technology in electric toothbrushes is to give those using them the best possible insights as to their current brushing habits. This way, they are able to make adjustments and improvements accordingly – something the professionals salute unanimously. In addition, there’s also the way in which adding this kind of novelty to the brushing process can actually increase a person’s motivation to brush properly in the first place. There will always be those who are comprehensively won over by gadgets and toys – Bluetooth technology representing an interesting toy to play with in the bathroom. So if it does indeed motivate better brushing, it can only be a good thing.

That said, what dentists and experts also unanimously agree on is that Bluetooth technology alone doesn’t actually make any difference whatsoever in terms of overall oral hygiene. The fact is that the electric toothbrush itself is identical to many others that do not feature Bluetooth technology. And those that don’t feature this kind of connectivity are obviously much cheaper. So it’s perfectly possible to produce the same kinds of results, regardless of whether Bluetooth technology makes an appearance or not.

A New Standard?
Still, some believe it is only a matter of time until Bluetooth technology becomes something of an everyday standard in electric toothbrushes across the board. But then again, people also predicted that by the year 2000, we’d all be taking our own personal flying cars to work! In reality, while Bluetooth is likely to make an appearance in more premium brushes than ever before, it’s unlikely that it will ever become an everyday standard in every electric toothbrush. The simple reason being that, once again, it isn’t fundamentally necessary when it comes to quality oral hygiene.

So the long and short of it is simple – if you genuinely believe that Bluetooth technology will improve both your motivation to brush and the quality of your oral hygiene regime, go for it! If not, don’t for one minute think that you and your mouth are necessarily missing out on anything you need in your life.